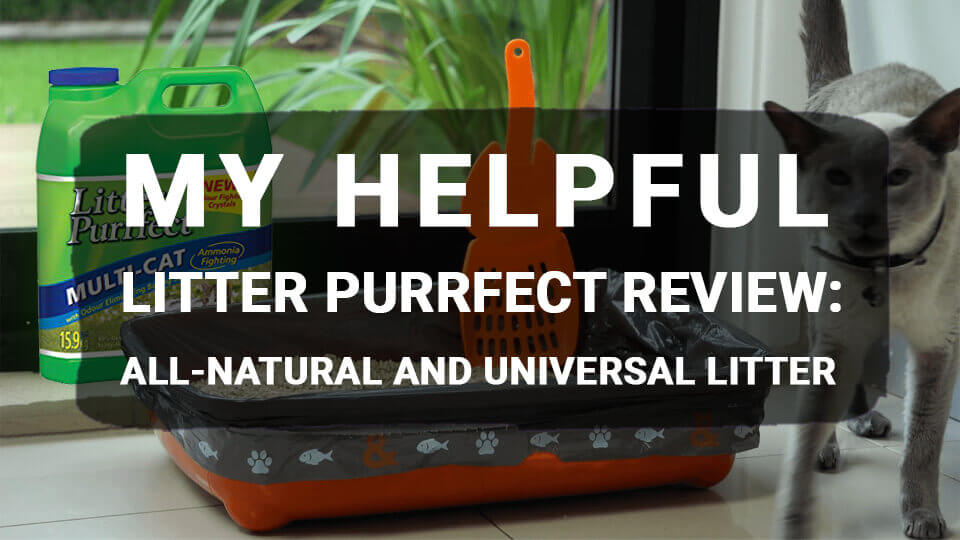 Litter Purrfect is a relatively known and old company in the business for almost three decades. With a company that has lasted for this long, you would expect that they have excellent products! Surprisingly as I searched their website, they only had one type of cat litter available, which seemed to be universal for most cat households.

My curiosity was piqued and I wanted to see how well this cat litter really performed and if it stayed true to its claims. So if you want to see if the Litter Purrfect cat litter is right for your cat, then read on! I’ll show you the ultimate review of this product.

Who Is Litter Purrfect?

Litter Purrfect is a company that only sells cat litter, having only one variety. This is actually a pretty interesting fact, considering that all the top brands have various selections to suit individual households. However, with this particular litter product, it’s claimed to benefit almost all types of feline households.

But that isn’t the only thing that makes their litter company a good brand. What I also admire about Litter Purrfect is that they also focus on the betterment of the environment. The company’s story is just as heartwarming as their advocacy!

Litter Purrfect actually began as a dream by two animal-loving families from California. They began selling litter in 1990 in Kirkland Costco, and 30 years later, they are now found in stores worldwide!

Now, they don’t only focus on being environmentally-friendly, but in supporting animal rescue groups as well. With each purchase of cat litter, a small percentage of the profits go to these animal rescue groups, being the animal-lovers the founders are.

The clumping abilities are the crucial factor which makes or breaks my cat litter reviews. With Litter Purrfect, it wasn’t able to satisfy me, as a multi-cat owner with high-traffic litter boxes.

This is a clay clumping litter which claims to have the rock hard clumps that form quickly. While I did notice that the litter clumped on the first day, it began turning into the consistency of mud when there was too much urine from multiple uses.

I can conclude that the clumping action works as claimed, though not as well as it would for those who have more than three cats that urinate… a LOT.

To be fair, you can utilize the litter for multi-cat households if you’re able to clean it on time. This calls for daily scooping and replacing the litter every three to four days. Though this really adds to the hassle of cleanup, lessening the litter’s functionality!

One thing I liked a lot about the Litter Purrfect Cat Litter is its scent and odor control. Since it’s an all-natural litter, it didn’t have much of the artificial litter smell I was used to from traditional clay litters. There was a faint and refreshing smell of lemongrass though, which I liked.

The smell did not affect the cats’ want to use the litter whatsoever, too. I see that as a good sign since a lot of them can be quite fussy.

As for its odor control, it does well in terms of locking in odors, both in feces and urine. This is thanks to its dual-action odor control, with its lemongrass scent mixed with baking soda.

BUT, for high-traffic litter boxes like mine, it will start to smell within days. For low-traffic litter boxes, it can last for up to a week before replacement. Because the absorption is a bit poor juts like the yesterday news cat litter reviews, don’t expect the ammonia odors to stay within the litter for so long.

Unfortunately, this isn’t the best litter in terms of low-tracking and dust-free properties. However, that doesn’t make it the worst!

The tracking is minimal, though still evident. You’ll have to vacuum or sweep it up every few days because it gets stuck in both paws and fur. As for the dust, it’s not a lot, but significant enough to affect very sensitive cats.

I have no major issues with tracking and clean it up when I can since it’s not much. But if you have a sensitive nose and/or cat, expect some sneezes because of its dust. “Normal” cats and owners won’t have any problem with the dust, though.

How to Use and Clean?

Using and cleaning, just like its other main features, is subjective. It all depends on how many cats use the litter box, as the clumping abilities and odor are affected by the intensity of usage.

For single cat litter boxes, the litter is fairly easy to clean and you’ll have no problem with pouring in the litter and throwing it out. There won’t be much of smell while cleaning up, either.

As for multi-cat households, it will honestly be extremely difficult to clean if you left it alone for even as short as three days. I noticed that there was a sharp odor and that it absorbed moisture poorly. Because of this, some used litter stuck to the bottom of the box, making it difficult to clean and dispose of the litter.

But a plus side to the litter is that it’s biodegradable and can be disposed of without worry of it destroying the environment.

Unfortunately, the results were underwhelming. The best advantage I think that this cat litter has is its ingredients, which are purely all-natural and eco-friendly.

Interestingly, it’s made of premium-quality sodium bentonite clay, having the clumping abilities for cleaning. It is also infused with lemongrass, having a faint lemongrass scent as mentioned above. It also has baking soda and zeolite, which is a natural mineral for odor control.

With all this combined, single cat households can enjoy good-smelling litter without the hassle of cleaning up. Multi-cat households, however, may have some issues in terms of clumping and optimum odor control.

Not only is their cat litter eco-friendly, but so is their jug, which can be used for other purposes after using all the litter up. I also appreciate its jug, which is easy to pour from and store or reseal. They come in two sizes for single or multi-cat households.

Where to Buy Fresh News

I was a bit taken aback by the price the Litter Purrfect set based on the performance it offered. Honestly, the price doesn’t seem worth it for me, because it wasn’t able to fulfill my needs as litter. It didn’t clump as expected and would take only a short time before you need to replace it.

If you’re interested in getting a bag of cat litter from Litter Purrfect, then you can avail their bags online from their official website. You can also find them on other websites, which may come at less expensive prices to save you a few dollars!

Overall, do I see Litter Purrfect worth the price? I’m going to say yes and no.

While I do love the backstory and history of the company, as well as that they’re trying to aim for the litter, this doesn’t really show effectiveness in some households. There are many mixed reviews in terms of who should use it (like me), and I can’t recommend it to all types of owners, especially this with more than three cats.

I appreciate the way it clumps, having solid and hard clumps that stay in place until it’s time to scoop away. If you wanted to have better understanding on clumps fast litter, you can check swheat scoop litter review.  However, the time it takes until litter replacement is quite short. This gives it less of the cost-efficiency points I hoped for.

It does a decent job in odor control and clumping, but it’s still hard to clean and use with its tracking and dustiness. If you have the typical single cat household, this may work well for you. But if you have sensitive cats and have high-traffic litter boxes, you won’t be able to take flu advantage of what the litter claims to offer.

It may be worth the price, though that depends on what you focus on for your litter.

When looking for all-natural cat litter meant for most households, Litter Purrfect passes expectations. It’s not the perfect cat litter, but it does the job right in all aspects, from clumping to odor control. With its simple yet various helpful features, there’s no worry with your cat’s toilet habits anymore, nor does cleaning up have to be such a hassle. You can also try to check catspot litter review for all-natural, non-clumping litter that does not contain the nasty chemicals clumping litters do.

Hopefully, you found help from my Litter Purrfect Cat Litter review and learned if it’s suitable for you or not. If you think it is, go get a bag for you and your cat to test it out now!

If you have any questions or want to share your experiences with Litter Purrfect, then comment below. Your thoughts are much appreciated. 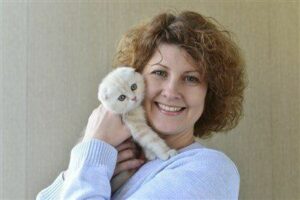 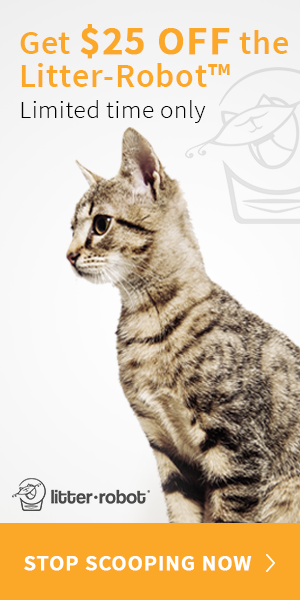